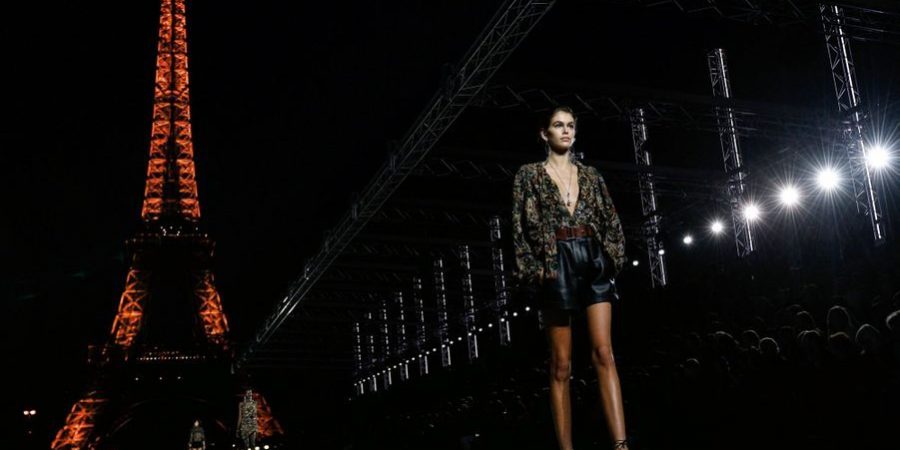 We were commissioned to transmit the YSL Haute Couture fashion show to the Trocadéro during Fashion Week in Paris. After a few technical tests validated by the prod we set up our drones not far from the parade to provide them with aerial images of the Eiffel Tower with the scenography of the parade. Our drones fly often during the fashion week, it’s the second YSL fashion show that we realize, we also flew for Givenchy and Victoria Secret.

The drones are quite new in the re-transmission broadcast tv because the technique is developed recently. It took several technical tests before finding the reliable solution that could give the car control a clean and broadcast signal. Our aerial photography company is now able to offer this new service to our customers. PARIS OVERVIEW AUTHORIZATIONS More than a technical challenge it is quite complex to get all the permissions to fly a drone in the heart of Paris, especially on an event like this that will make a lot of public. It took more than 3 weeks to obtain the permits from the Paris City Hall, the Prefecture and the airports. We are used to these heavy and complex administrative demands, but with time we still get our overflight clearances.

We were mandated by ASO to ensure the live drone on the next Ironman World Championship in Hawaii. ASO trusts us, we have already collaborated with them on the Dakar, they know our seriousness and also our know-how and our technical knowledge. Many foreign productions call on us for drone aerial photography but also for live drones. For example, we have already done direct live drone for Givenchy, Yves St Laurent, France tv on the last Dakar.